I was lucky to have a good teacher, back to my student times in Russia, who grew in me the first love to the painting. Our teacher, Tamara Sergeevna, just gave us the basic knowledge, she explained the idea behind some details on the painting like the sky background, the nature, the hand gesture, the eye expression, the costume, the symbolic objects…that the artist created purposely in his artworks. Hermitage and Russian Museum were my two favorites, I always went there in the late afternoon during winter or early morning in weekend, when no any tourist crowds! I didn’t come back to Russia since my graduation…but maybe one day, I will go back to visit these museums again. But now while living and studying in Paris, Louvre is my another love.

In Louvre, from time to time I also observed the crowd, the surroundings and I quite like these professional artists or copyists and so surprised the way they focused on their work, ignored everything around, the noises, the talk, the curious crowds, the camera…it seems nothing could disturb them. 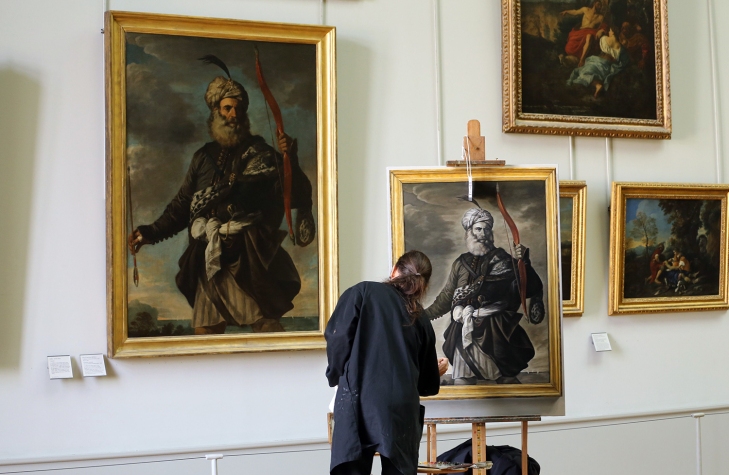 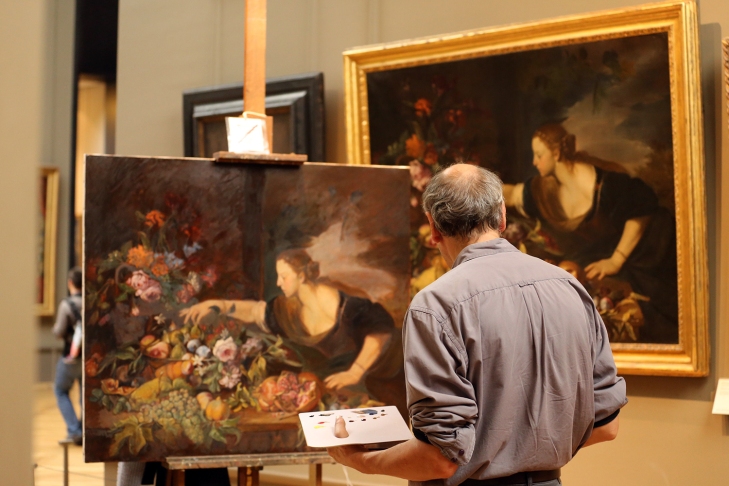 I noticed, just by chance, some unique painting and I extremely admired the artist’s imagination, like the collection of  Four Seasons paintings by Italian painter Giuseppe Arcimboldo, in 16th century,  well-known for creating the portrait heads made entirely of such objects as fruits, vegetables, flowers, fish…The art critics still debate whether these paintings were whimsical or the product of a deranged mind!

Paintings with the routine life theme also attract me a lot due to the details, the realism…like the famous painting “Young beggar” by Spanish Esteban Murillo, in 17th century. The dirty feet point to viewer, the bag of apples, the shellfish casings…could say the boy’s hard life, his hunger, the young beggar actually was in the middle of ridding himself of lice…under the perfect sunlight. According to some folk wisdom which believed children with lice to be healthy and happy as lice couldn’t live on sick children!

Another painting also by Esteban Murillo – the Birth of the Virgin. The newborn Virgin Mary is being taken from her bath by servants, while her mother, Saint Anne, rests in the background…the artist could surprisingly create such a religious scene with great tenderness.

One of my also favorites is the hall of the Egyptian antiquities with the Mummy in the ground  floor. One of the most frequented places by visitors, school children in Louvre.

The Mummy displayed in Louvre, according to the results of an X-ray analysis, extremely well preserved, is of an adult man. His name, Pachery, lived in approx. 320-32 BC. According to the customs of the time, the body of the deceased was carefully wrapped in strips of linen, the mummy is covered with a cartonnage consisting of different elements : a mask covering the head, a wide collar over the chest, an apron across the legs, and finally, a casing over the feet. 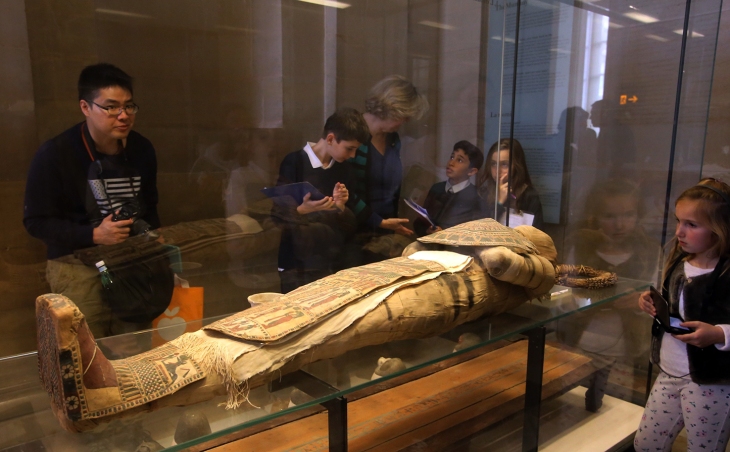 As the world’s largest museum, it’s also rumored that the palace being haunted for centuries. Some people have claimed to have seen a mummy stalking the halls or visitors reported that they felt a heavy presence while viewing some famous artwork on display…

Many locals also believe the museum haunted with ghosts of fallen warriors, ghosts of former guards or even some paintings were actually made with ink harvested from human hearts! Anyway, if Louvre organize the midnight tour around the museum, it could be the most exciting tour and I’m sure people is ready to queue for hours to get in!